You guys know I like to make assertions about certain guys I see on video and I’m about to do that with hung former-soldier Tyson.

This straight man is in a relationship but she’s apparently happy with him showing everything off for the cameras and having a good time with that big 9″ cock.

There’s enough dick there for her to share him around with the rest of us, I guess!

He was in the military at age 19, which is when he discovered just how big his dick is. No, it wasn’t because he was comparing cocks with his military buddies in the showers (unfortunately), it was all the ladies he was meeting telling him what a big cock he’s got.

He’s definitely not the shy type. As soon as his long penis is out of his shorts it’s thickening up and swelling to a nicely curved erection that he’s soon grasping and stroking for the fans.

We get a lot of the usual stuff from him, with some good pissing shots and some hard work being done around the yard while his big cock and hanging balls swing and throb.

He seems to like being on display and admired and when it comes to the final finish he doesn’t hold back.

Now for my assertion… I’m gonna make the prediction that he’s gonna be back to jack it with one of their other hung models real soon. Personally I would pick either Derek, Eli or Hal, I think their straight big dick energy would work well with big cocked Tyson.

Stroking Straight Dicks While Getting Sucked 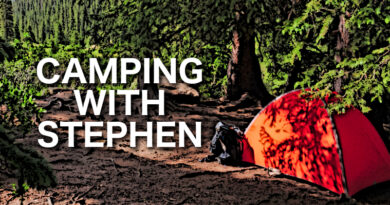 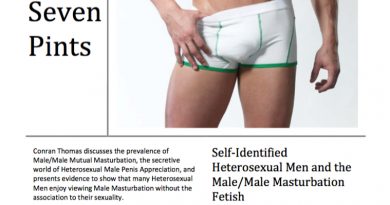