Submitted by Christian in Ohio

Three years ago I started jacking off with my buddy Clay after we compared cocks. We were just hanging out in my garage working on one of my dirt bikes when he got talking about his girl and how she said his cock was too big for her to suck.

I called him out on it. I knew my cock is bigger than his. We’ve known each other since high school and I’ve seen his dick plenty of times over the last 5 years.

I ain’t shy about getting my cock out so I just did it. He reluctantly got his dick out and we compared cocks. It was a little hard to tell who was the real winner and he claimed he was a “grower”. So we jerked off to get hard and see who won.

I won. His cock is just over 7-inches and mine is about 8 and a half.

It was fun and we jerked off a lot more since then. It’s usually when we’re working out in the field or in the garage. He helps me out around the place a lot so we take breaks to beat off.

Never really thought about it being gay or anything. Glad to find this site where it’s not like that too. 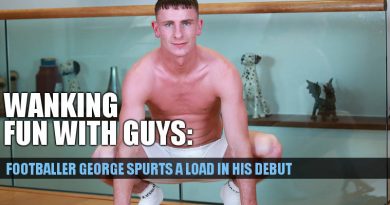 Footballer George Tanner gets his cock out with his mate Jack 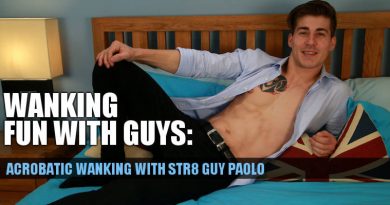 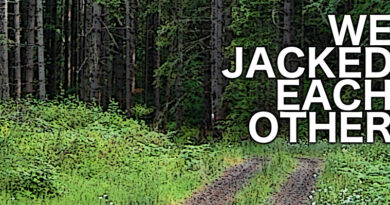 The first time I touched another cock