After shooting my load with Dan and Tony I spent the whole week looking forward to the next session, hoping that Mark and Carl would be there too. My girlfriend had no idea what was going on but she certainly appreciated the benefits of my hyped up sex drive! It felt as though my cock was constantly hard that week. I spent the whole time trying not to go back to the gym to catch the guys wanking again before I was due to join the club, but that meant I was always constantly ready to fuck her hard and deep. Her pussy had never seen so much action! lol

Every evening after work I would be driving past that gym and my dick would be leaking precum in my boxers at the thought of the guys having a crafty wank in the back stairwell, but I didn’t want to seem too eager and I knew that I would only be disappointed if they weren’t there. It’s not like all they do it wank after all.

Finally the day came, the gym was quiet and I was watching the clock after almost finishing up my workout. I couldn’t wait to get in there and share my wanking with the guys.

I resisted the urge to go and take a look. I’d seen all the guys around the place and I’d exchanged knowing nods with both Tony and Dan. I guessed they’d told Mark and Carl about the new guy joining them but I couldn’t be sure.

My dick was rock hard and wet with precum when I stepped out from the upper floor into the stair well. I peeked down between the banisters and saw the guys, already standing around with their cocks out and in their fists. Fuck, I was late!

I almost leaped down the stairs to join them, getting greetings from everyone as Tony introduced me to the others,

“Guys, this is Greg, he’s gonna be joining us in our little wanking circle today” Tony said.

No hand shaking was offered of course, Mark and Carl were already busy stroking their cocks in their fists. They both greeted me though, politely.

Without wasting another second I tugged the front of my trackies down and my fat cock sprang up, glistening and wet. Everyone got a good look, Mark and Carl especially.

I’d already seen Tony’s 8 incher, and Dan’s 7 inches of curved shaft. It was time to enjoy the sight of the new guys.

Older dude Mark had a great dick too, a curved length about 7 inches, a fat round head on it that looked so red it could almost seem sore. He was really enjoying his helmet too, spitting in his hand and rubbing his glands as his heavy nut sack swung and bounced beneath.

Carl’s cock was a good 6 and a half, a pale and pink length with blond pubes neatly trimmed and some big red nuts hanging underneath. They were real swinging balls too. I suddenly felt the urge to cup them and feel his orbs in my palm, but obviously I held back. That was a shock to me too, I guess I’d thought about what it would be like to feel one of their cocks in my fist, but I never realized I had a thing for big balls until that point.

It seemed to do the trick, they bought it and shared some of their own experiences of wanking with mates over the years.

That’s all it took to get the tsunami started. I felt my own taint tingling and my balls were pulling up seeing the juices flooding from his helmet as he whimpered.

“That’s it” Tony muttered, aiming his cock downward to the mess pumping out on the floor and starting his own ejaculation with a powerful jet of hot white goo.

Carl was the next one to blow within a second, his pink shaft twitching as he aimed his meat and cupped his heavy balls with his free hand, his load splashing out in high squirts, far enough to splatter Dan’s cock in front of him.

I caught my breath, surveying the scene and the mess we’d made.

We stood around, breathing heavy and sharing an occasional chuckle as our wet cocks throbbed with satisfaction, looking over the massive mess of semen looking like a topographical map of lakes and ponds between the rough little peaks of concrete.

“Fuck, that was good!” Dan announced, swinging his cock a little.

Support our contributors by leaving a comment below, and visit the SUPPORT US page to find out how you can help keep this blog going. Why not share this post on your Tumblr blog or Twitter?

Don’t forget to sign up to the newsletter to get notifications of new stories like this one arriving on the blog. 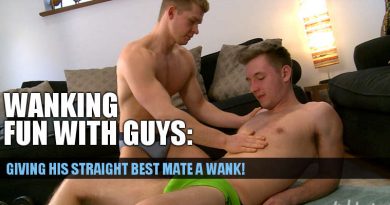 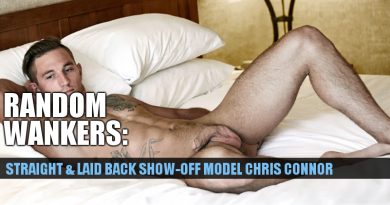 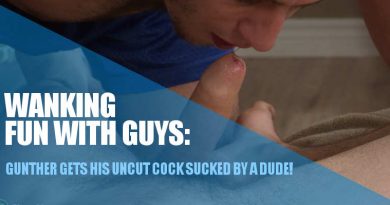 Wanna see a straight guy sucked off for the first time?