Thanks for all the comments on my first time post. It was good knowing that guys were jerking it reading about my first time bating with a buddy.

As promised I decided to tell you about my second time.

We’re in a pretty small town compare to NY so finding any guys to bate with is harder. I could have just gone out to the one LGBT bar we have and maybe find someone to stroke with but I didn’t feel comfortable with that at the time. I kept thinking about what would happen if I saw a guy I knew and they told my GF about it. We both knew a few guys in the gay community.

After a while I decided that one of my buddies might be the best option. After all that’s how a friend got me into it so I thought maybe I could do the same thing and get one of my buddies jerking with me. I don’t have many friends I could have chosen and I didn’t want to try it with one of my closest buddies in case things got too weird so I decided on a guy I kinda knew pretty well but not someone who’s really in my life every week.

We’ll call him PJ for the sake of this story.

I’d known him for a few years since my first job. He’s a couple of years older than me. We were into the same music, movies, fishing, camping and hiking. We worked out together a few times and I’d met his long-term girlfriend a few months before at a concert. We talked about getting a few guys together for a camping weekend but it had never happened so I decided it might be a good thing to plan something like that and see if he was a potential bator.

We arranged a weekend and I told him that I’d been planning it with another buddy so he thought there would be three of us. He didn’t have a tent at the time so I said I had a spare one.

How many bators are wearing buttons in your city or town? Click to check out the BuddyBate map!

A couple of days before we were supposed to go I told him the other guy had to cancel for a family thing, he was cool with that and said it might be better with just two buddies anyway.

Like I said he wasn’t shy about sex and we were talking about the magazines in the shop and things were already getting kinda heated so I was pretty hopeful by that point.

When we finally got to the campsite we grabbed the tents and started setting up and that’s when he discovered the poles for the spare I brought with us weren’t in the bag.

I gave him some excuse about how my GF’s dumbass sister must have lost them when she borrowed it a few months before. He was joking about just sleeping in the car but after we both set mine up he knew it was big enough and agreed that it would be okay to share it.

Even though I was nervous about it all he was real relaxed about it and after a few minutes of talking about girlfriends and showing each other pages in our magazines his cock was hard and out of his shorts.

After we argued about who was gonna pick up all our cummy cleenex and wipe the ground sheet (we agreed to share the task) we hit the sack and that was it until the next day.

I probably don’t need to tell all you experienced bators out there that once you let the bate buddy genie out of the bottle it’s not gonna go back in. Me and PJ jerked off a few more times that weekend and we eventually jerked each other the last night before heading home.

Since then he’s been a regular bate buddy.

I’ve had random meets with other guys but in my opinion it’s better to bate with a good buddy and when we get together it’s easy and fun. I’ve talked to him about bringing another guy into it to make it a circle jerk and even talked about starting our own bate club here but he’s only into it while we’re jerking and soon after he’s shot his load he forgets about it lol

I got my BuddyBate buttons but I don’t think PJ is gonna be wearing his. I think he would probably love it if we found the right guy to bring his cock to the party but he’s not the kind of guy to go looking for it if that makes sense.

Thanks guys! I hope you like this post. It’s longer than I expected but I hope that didn’t put you off. I might write what happened on the last night of the camping trip when we jerked each other if you want to read that too.

Enjoyed this post? Please leave a comment below and say thanks to reader DownLow for sharing his experience. Join our NEWSLETTER for weekly updates, and why not send us your own experiences of bating with buddies, your fantasies, or just your opinions on male sexuality? Visit the CONTACT page to share your own story. 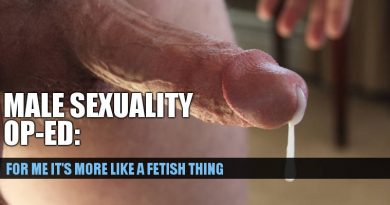 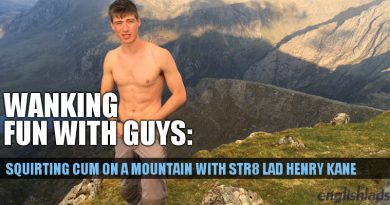 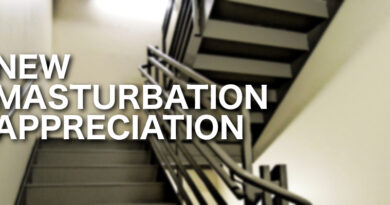