It was 2009 (when I was 23) I was living with my girlfriend and working at a bar in Houston, TX. One of the guys I worked with was gay and liked teasing me. He was always making jokes and offering to blow me. I just thought it was funny but I admit that sometimes I would get hard thinking about what it might be like to just let him suck my dick.

This went on for months until one night after closing he said he was gonna go get his dick sucked at a glory hole and he invited me.

I politely said no and that it wasn’t what I was into.

He mentioned it again a week later and said how much fun it was. I didn’t get it but he described it all to me and said it was a local guy a few blocks away who set up a curtain in his apartment. He said we could just walk in and stick our cocks through the hole and the guy would suck our loads out.

None of my girlfriends had ever made me nut from a BJ before but my buddy said this guy could get my load out in thirty seconds and I should try it.

My buddy let himself in and we were in this real nice apartment and there was just a black curtain up over one of the doors with a hole in it. My buddy didn’t waste a second. He unbuttoned his jeans and his big cock flopped out, just getting hard but already fat and swollen. I never saw his cock before that but his dick was bigger than mine and mine is around 7 inches.

He stepped forward and put his cock through the hole and I just watched him getting sucked, humping the curtain with his pants around his legs and his ass pumping. I saw the guy’s mouth a couple times. He was a bearded dude probably in his forties. He licked and sucked on my buddy’s cock and for a few seconds I was just watching amazed that this was going down in front of me.

Then my buddy stepped back and slid his cock out of the guys mouth and told me to try it.

Have you joined the BuddyBate international club yet? Click here to check out the global map!

I don’t care how straight you think you are if you’re in this situation and you’ve got the chance to just get your cock sucked for free you’re gonna want to try it. I unzipped and got my dick out and my buddy said something nice about how thick my cock was. He encouraged me forward with his hand on my back and his other hand jacking his dick and watched me put my dick through the hole.

The man sucked me deep. He moaned around my cock and I felt the vibration of his warm and wet throat on my tip. I could tell he was jacking off while he sucked my dick. My buddy stood beside me and watched and jacked his dick.

I jacked off and watched for another couple minutes and then my buddy moved back and the other guy sucking us poked his cock through the hole. My buddy brought me forward again and our three dicks all rubbed together. We couldn’t see much because it was so dark between us but it was awesome feeling all our wet cocks together. I reached in and just kind of fumbled around and felt all our penises and balls all rubbing and bouncing and slapping around and being jacked between us.

That was the first time I ever touched another cock too.

My buddy was the first one to finish. I watched him feeding the man his cock again and then he pulled back and jacked out his load all over the man’s mouth and beard. I almost started finishing as soon as I saw his spooge firing out but I managed to hold it for a few more seconds and stepped in to jack off into the man’s mouth. He sucked on my tip and my buddy played with my balls while I pumped my load right between his lips and he started drinking it all down. My buddy’s cum was all over his beard and chin and I smeared it all around with my tip while the guy licked and sucked every bit of it he could get.

It was the wildest thing I ever did up until that time but we went back there a lot after that. I did let my buddy suck my dick a few times and I even tried sucking his cock a couple times but I wasn’t really into it like he was. Mostly we just got into jacking each other and getting blown by the dude at the glory hole.

I had one other bate buddy after that in 2014, but it only lasted a few months before he got married and decided to quit our bator visits.

I never did anything since that but I want to find new buddies to jack it with. Sucking is pretty good but I really miss all the frotting and nutting with other guys. I got my BuddyBate shirt and a pin so I hope I’m gonna find some more buddies to bate with again.

Enjoyed this post? Please leave a comment below and say thanks to reader Hank86 for submitting it. Join our NEWSLETTER for weekly updates and know when a new post like this one arrives, and why not send us your own experiences of bating with buddies, your fantasies, or just your opinions on male sexuality? Visit the CONTACT page to share your own story. 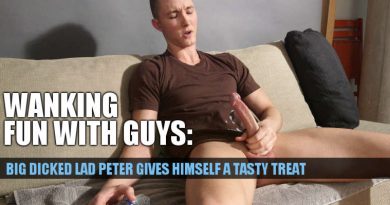 Jeremy – new straight guy wanking a load out for the guys 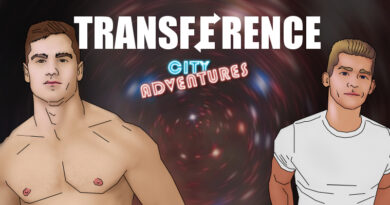 5 thoughts on “Glory hole sucks with my gay bud”