It’s often the case that a new arrival at EnglishLads will show a hell of a lot of confidence when they’re getting their cock out for a wank, but I think straight boxer Troy Chester might be one of the most confident yet.

That’s what we like to see in a new model, the kind of attitude where just having a good time with that dick is the most important thing.

I guess it doesn’t need to be said that men like Troy are probably used to being on show. Being involved in so much sport means he’s probably naked around a lot of guys pretty often and I’ve always said that kind of masculine environment and confident attitude makes guys more easygoing with their dick. Does that mean this guy might be a little more open-minded when it comes to wanking one out with another guy? I think that’s automatically the case, but I guess we’ll see with this guy.

I have a few ideas of other guys it would be great to see him wanking with, how about you? Let me know in the comments who you think he should frot cocks with for the first time.

When you get over there to enjoy his full uncensored gallery make sure you like it and leave a comment, if they know you want to see him back to get a hand job or rub dicks with another lad they might bring him back sooner than you think. 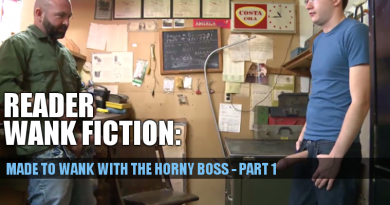 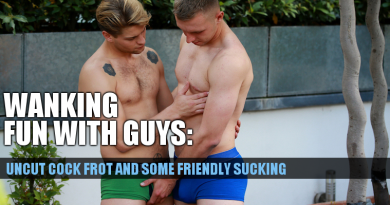 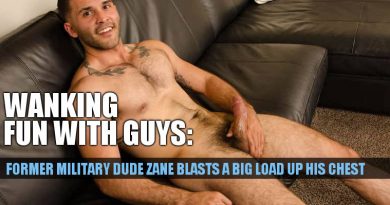