We had a few good wanks back in those days but it just kind of faded out. My interest in cocks continued though. For a long time I was just checking out dicks in the showers at the gym or watching guys pissing at the urinals. I’m one of those guys who usually gets hard in those kinds of places and I’ve had a few experiences of other guys getting hard seeing my dick too. It never went beyond just looking and showing off though.

I don’t want to suck a cock or anything like that and I’ve never given any guy a hand job or let a guy wank my dick but that would be the limit. I think about finding a guy to try mutual wanking but never done it yet.

Keep the posts coming. They’ve opened my eyes to it. Thanks to all the other guys who post.

I’ve said this on other posts like this one before but I’ll say it again… you’re not alone. In fact, I would suggest you’re in the majority and a lot of guys just never talk about it or admit it.

That’s not a coincidence. It’s like there’s a wall up preventing most men from recognizing that they do this, that they focus so much of their attention on what the guy’s cock looks like, how he uses it, how much he shoots etc.

I realize there are excuses ready to go, that they’ll say they’re just “imagining being there” or they’re “focusing on how he’s using it”, but that just doesn’t wash with me considering men are renowned for being predominantly about visual stimulation.

Regardless of the analysis, I’m glad you’ve thought about it and explored your own sexual psychology in ways most men never do. I think you’re displaying a healthy attitude and curiosity of your own interests. I also think it’s great to have these conversations and talk about it, as long as it’s never telling anyone else what they are or how they should be on an individual level.

I’m glad you like the site, the stories an the experiences. I hope you’ll consider checking us out on Patreon where we’re currently enjoying Bateman’s Gully. 🙂

Enjoyed this post? Please leave a comment below and say thanks to reader Jerome for submitting it. Join our NEWSLETTER for weekly updates and know when a new post like this one arrives, and why not send us your own experiences of bating with buddies, your fantasies, or just your opinions on male sexuality? Visit the CONTACT page to share your own story. 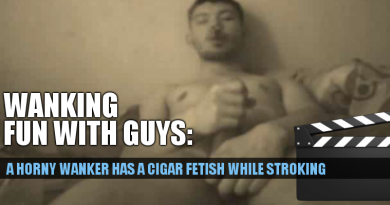 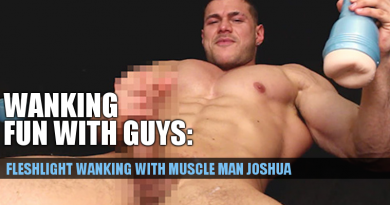 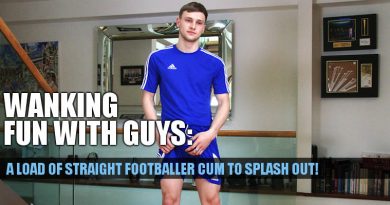