It doesn’t seem to matter that Harry is straight, he’s got that kind of confident attitude about him where anything is an experience and he’s willing to try new things, even if it means getting his uncut 8 inch cock out. In fact, maybe it’s all about him getting to show off his big uncut teen cock, because he’s really not at all shy about it.

He gives us a little workout and shows off his extremely fit body, something he’s very proud of, and then admits that he hasn’t shot a load off for three days. I think that’s pretty remarkable for an 18 year old, but it guarantees a good show.

Hard from the moment his cock is out.

indeed, the moment his dick is out of his shorts he’s hard. That big uncut teen cock needs some attention and he seems to be getting off on being on display. Maybe he’s just a natural exhibitionist just discovering what he’s into or perhaps he’s just not the shy type.

He’s one of those lads who gets super hard. His cock points straight up, with a nice curve to it, almost in line with the curve of his abdomen.

We find out about some of his sneaky wanks, like on a break at work, on a ferry and at the cinema too. None of those were with other mates as far as we know but he seems like the kind of lad who wouldn’t hesitate to show off that big uncut teen cock with a friend.

I think we’re going to be seeing this young man again. I can entirely imagine he’s going to be pretty into wanking off with one of their other guys and we’re probably gonna see him frotting and maybe sucking soon. Maybe he just hasn’t had the opportunity for some friendly wanks with mates before, because he definitely seems like the kind of lad who would be into that.

Explaining the 3 Bator Levels, which one are you?

Traveling with a BuddyBate Button 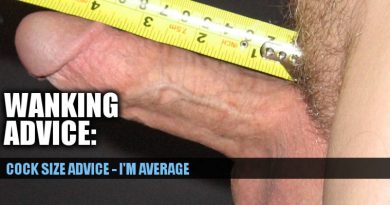 Looking for reassurance over cock size