Me and my buddies went to Miami Beach for spring break and one of the guys told me about a glory hole on Meridian Ave. He’d heard about it from a local guy and he wanted to go check it out. I didn’t know what the deal was I thought it was probably a massage place and guys would pay to get blown or something but it turned out it was a local guy who just liked sucking dicks.

He’d already set his mind to it and I wasn’t gonna go with him at first but after a few beers I figured I would just go and hang back while he got sucked. It was only a few blocks away from where we were staying so we headed that way and when we got to the address there was a guy walking from the back yard gate putting his hard dick away and zipping up his shorts and we knew we were in the right place.

I thought my buddy was gonna back out of it when he said I should go first and I told him I was just there for back up in case it was some psycho or something but then he just said “fine” and got his cock out and walked right up to the hole and suck his cock through. He was already hard as soon as his dick was out.

I got my dick out and just started giving it some strokes and then my buddy called me over. I still wasn’t thinking about sticking my cock through the hole but he was standing there jacking his dick and telling me to give it a try. The guy on the other side was poking his finger through and asking for it so I just stepped up and shoved my cock through the gap and he was sucking me straight away and going deep.

It felt so fucking good and he really knew how to suck a dick.

My buddy was standing next to me asking me how it felt while he was jacking his cock and looking down watching my cock pumping in and out of the hole. I was close to shooting so quick but I backed out after a few more sucks and my buddy took my place.

We did that for about ten minutes we just took turns sticking our cocks through the hole and then when my buddy pulled his dick out and we were jacking off the dude behind the wood stuck his cock and balls through like he was asking one of us to suck it.

It was a big dick and his balls were fat. I’d seen some big dicks before but it was one of the biggest. We just kind of looked at it and then looked at each other. We were still stood there just handling our cocks and looking at his cock just hanging there asking to be blown.

My buddy said loud enough “we ain’t into sucking it dude” but then the guy on the other side asked us to jack it for him. I wasn’t gonna do it but my buddy shrugged and reached out and grabbed the dick and started rubbing it.

I never thought my buddy would be into that but he didn’t care he was just rubbing the fat cock and milking it. When he let go of it the guy started to pull his cock back through but I quickly reached out and grabbed it by the head before he could just to feel it and see what it was like, he let me pull on his dick for a while and it felt real good. I guess I didn’t want to feel left out and after getting sucked already and seeing my buddy jacking it it was like I had permission I guess.

I jacked him for a minute but then we were back to sticking our cocks through and letting him suck us. I think we were there getting blown for another five minutes and then my buddy started grunting and I knew he was giving the guy his load. I was ready to shoot right then and as soon as my buddy pulled his dick out of the hole I shoved mine in and felt the guy sucking it deep and my cock just started pumping it right down his throat. I could hear him gagging on my load and he was still sucking as much cum out of me as he could get. Every time he swallowed it was like he was sucking my cock head down into his throat and it was fucking awesome.

We went back again another two times. On the third visit there were four other guys there waiting. We just joined the line and we all jacked off and chilled out while we were waiting our turn.

The last night we went back the gate was locked and there was a little sign on it saying closed.

That got me into jacking it with my buddy and we had some good times. We did try sucking dick too but it wasn’t the same and we weren’t real into it. Giving each other a hand was enough though.

I still think about that guy behind the glory hole and wonder how many cocks he used to suck during spring break. There must have been loads of guys who used to go see him. I found out years later from one of my other college buddies that there was at least one other glory hole and although my other buddy swears he never went he knew a few guys who did.

Enjoyed this post? Please leave a comment below and say thanks to reader Cole for submitting it. Join our NEWSLETTER for weekly updates and know when a new post like this one arrives, and why not send us your own experiences of bating with buddies, your fantasies, or just your opinions on male sexuality? Visit the CONTACT page to share your own story. 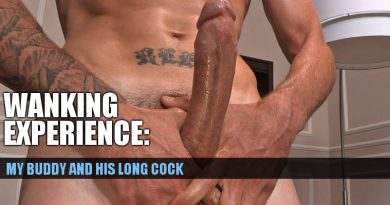 My buddy showed me his long cock last night 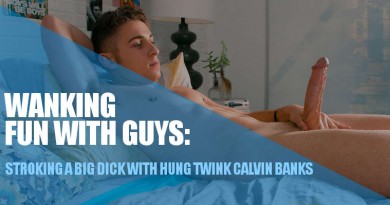 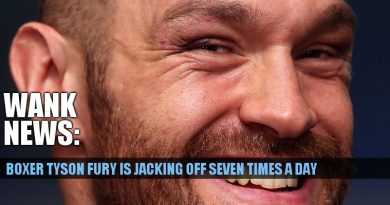