This guy started out straight and inexperienced too, but he’s got the same kind of attitude and when he got his dick played with by another guy and felt another hard piece of meat for the first time he was all-in on the fun. He’s done everything by now, he’s the perfect guy to get Lewis into a big dick sucking session.

Don’t worry, there’s plenty of wanking and frotting between these guys while they enjoy their encounter, but this is definitely one of those sessions that’s gonna have the bro-job fans happy.

Lewis really gets into it the moment his mouth is on Carter’s big wet cock, he’s jacking and sucking that meat and getting his own uncut boner greedily slurped by Carter in return.

I think it’s probably obvious we’re going to be seeing Lewis again after this. I think he’s discovered he really likes a lot of cock play with other lads and if he’s able to suck a big dick with that kind of skill he’s most definitely a bator who should be in our community and meeting up with other lads for friendly loads.

Enjoy some pics but click here for his video! 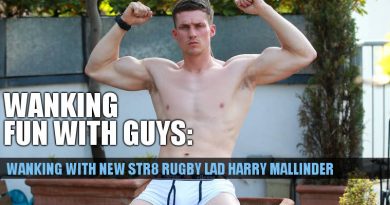 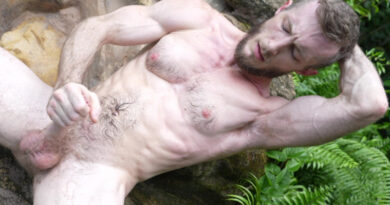 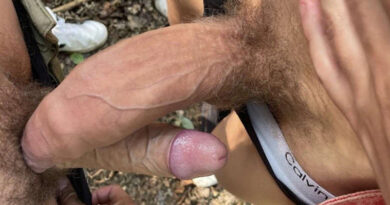 Running Buddy Wanks In The Woods