Our short conversation had so far confirmed that we were both of like-mind. Contact was possible.

Tommy had apparently observed my developing mound. He reached down with his free hand and adjusted himself. My eyes followed his movement and I noticed the impressive shape of his cock beneath the white cotton of his long shorts. I could almost see the bulbous dome of his dick head while his hand kind of cupped his nuts and shifted his length to one side. The movement promised a big penis and I felt another spark of excitement rush through me.

The young man was confident, easygoing, matter-of-fact about it all. It was refreshing. I don’t know what I expected, my only other experience had been similar and we’d barely spoken about it before we were looking for the best place to stroke each other. I suppose I just assumed a nineteen year old would be more prudish or nervous about it.

He reached up and pulled on the waistband of his shorts, tugging the material out away from his flat waist. “Looks like this thing needs a good rub” he said. I accepted the invitation to peek and leaned forward, glancing inside, the trimmed dark brown pubes against his flat abdomen leading down to a pink snake of swollen manhood laying almost sideways in his shorts, a thick bulging vein meandering along the fleshy pole.

This story is a subscriber exclusive.

WANT TO READ THE REST?

Join the newsletter for the direct link and password. 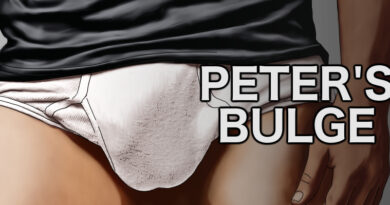 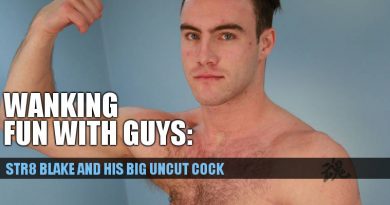 Straight Blake Hurd and his near 9 inches of uncut cock 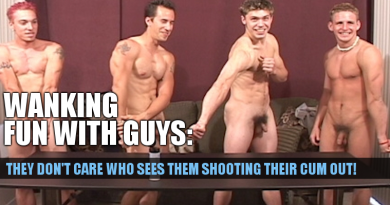 CLASSIC: Jerk Off Contest 3 from SeanCody