Submitted by Andrew in Colchester

I’d wanked with my best mate Michael a couple of times when this happened. We were both 18 at the time and had just started going out to the clubs, this was back in the mid 90’s. We’d go to this rock club and try to pick up goth and punk chicks and we were really bad at it. The only thing we’d managed was to get a little too drunk and for Michael to shag a sci-fi geek ten years older than us.

It was normal for us, we’d seen each others cocks plenty of times before so getting our stroke on together just seemed pretty normal.

We started talking about what it would be like to both be sucked at the same time, like we were seeing in the video playing as two guys crammed their cocks into a girls mouth. So, what was there to do other than simulate that by spitting on our cock heads and then me wanking our helmets together as they bathed in the juices and slid around…

What if the girl in question demanded that we wank each other? So of course we had to get that out of the way now and grab each others long boner.

This was amazing. Back then it really was pretty innocent and we were definitely not trying to get each other off, although there was obviously a need to to explore with each other in this way. We were young men still learning about sex, and I suppose we were just enjoying any sexual experience we could have. It had never occurred to either of us before then that sharing it with a mate would be this good or this easy.

For the next ten minutes we wanked each other and I enjoyed feeling the warmth of his cock, the throbbing of his shaft, the strange mix of hard and soft flesh. He seemed to be enjoying wanking my cock too, playing with my foreskin and cupping my balls… it felt great!

We went on to share a lot more wanks after that, and even tried sucking each other too. We only did that a couple of times though, deeming it to be “too gay” lol

I think if me and him were still meeting up regularly and without all the pressures of relationships and finding time and privacy etc, we would still be wanking together regularly. I do miss that. 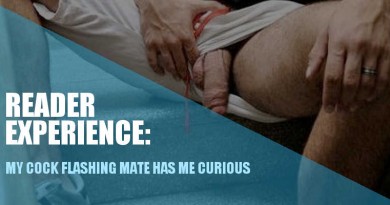 My cock flashing mate has me curious about wanking with him 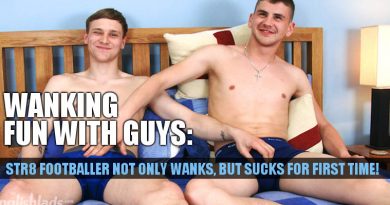 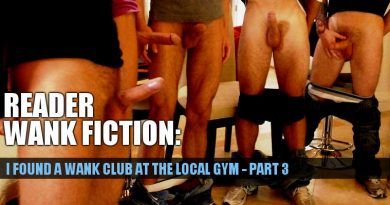