Sorry it’s been so long since I shared any of my antics. I’ve had loads of wanks with my mates so I need to catch you guys up. If you didn’t read about me meeting my first wank mate using the BuddyBate stickers you should probably see my other posts but here’s the short version…

I got stickers, thought a guy at work saw one on my laptop and was into it, but when I followed him into the toilets and we had a wank I found out after he didn’t even know what BuddyBate was and he just went with it when he saw my hard one. After that we started wanking off regularly and then one of his mates from football joined in and we made it a circle wank.

Been wanking with these guys ever since and it’s been fucking great.

About two months ago James said he found another lad who likes a wank. This guy (we’ll call him Trevor) is 22 and he’s been working with James on some kind of training program. They were on lunch break and James said he was heading out to have a wank and this lad said they could just wank in the work van.

One thing you need to know about James is that he’s a proper wanker. He plays with his dick several times a day. He texts a few times a week to see if I’m busy whenever he’s around. Sometimes he’ll drive across London just to come and have a wank with me. He’s one of those guys who doesn’t hide his wanking habits from his mates.

James didn’t tell him about the group wanks for a couple of weeks and they were just getting them out and rubbing out some loads whenever the urge arrived. When he did invite him to a wank sesh Trevor wasn’t sure about it. He’d wanked off with some of this mates before but they never had group wanks or anything like that. So James did what any professional wanker would and offered to give him a hand job.

We’ve all been there, right?

I think he probably saw it in a video or something and just decided to try it. So we did.

After that we chilled out for about half an hour, after James showered. In the end it was just me and Trevor and he decided to stick around for another wank before catching the tube home. We had a good time frotting and getting another couple of loads out. I let him try my Fleshlight and we tried to DP it but our cocks were too thick together.

I’ll try to send another post in sooner next time. There were loads of good wanks I had with James but most of them were pretty normal, just lads meeting up in toilets or the woods and rubbing cocks, that kind of thing. If you want all of those I can try writing in more often.

Enjoyed this post? Please leave a comment below and say thanks to reader Keith for submitting it. Join our NEWSLETTER for weekly updates and know when a new post like this one arrives, and why not send us your own experiences of bating with buddies, your fantasies, or just your opinions on male sexuality? Visit the CONTACT page to share your own story. 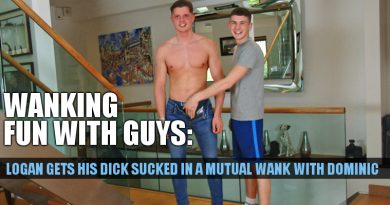 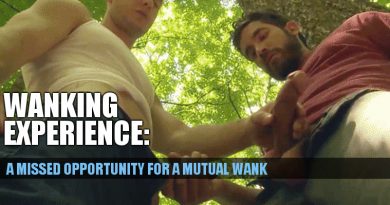 I could have had a mutual wank and I bailed 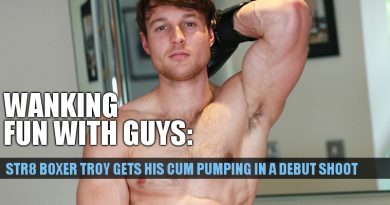