Hey! I’ve been a big fan of the site and the blogs for a while and I’ve finally mustered up the courage to submit one of (my only) experiences!

“Get over here you pussies and check this out! I can’t be the only one with my dick out!” So Timothy and I sat down on next to Kacen on the couch and watch the porn on my coffee table. The woman was getting pounded by some fit guy with a dick the size of a cucumber- and they were moaning and her tits were bouncing and I could feel my own dick growing and pressing against my jeans. I looked out of the corner of my eye and saw Timothy already grabbing his cock through his jeans and rubbing it. So I decided to be bold and I pulled out my dick.

It was semi-hard, but it was till 6 inches and thick with a soft pink tip. I started stroking a bit and playing with my balls while Kacen was stroking his 7 inch dick and Timothy was in the process of pulling out his gorgeous cock. It was 7 inches semi-hard and thick and perfectly tan. He had the dick every man idealized having. I know his was big, Timothy was a swimmer so it was hard for him to hide his endowment.

Kacen changed the video to a different one, a longer one with two guys plowing this girl. Her tits were nice and supple and their cocks were fat and tan.

As a cum-covered Kacen drifted to sleep on my couch, he went- “aw, our first nut before going to college. This is a milestone you guys.” and fell asleep. Timothy and I looked at each other again.

“We should go get cleaned up.” He suggested. He left to go to the guest bathroom, and I was left next to Kacen. His dick was still hard but slowly losing it’s size.

“You can touch it, ya know” Kacen said sleepily. I jumped a bit. “What?” I asked. “You can grab it. Jerk it. Suck it. Whatever. I grabbed your and made you nut, you can grab mine if you want. I don’t care. I’m not going to remember tomorrow anyways.” and he fell back asleep. I cautiously reach out and wrapped my hands around Kacen’s cock. It was warm and squishy, like mine but just a bit skinnier. I stroked up and down and rubbed his head a bit, and the blood pumped back into it and made it harder in my hand, which really turned me on. But I had to save that memory to jerk off with another time.

Thanks for reading! There’s a bit more to the story and if you guys like this then I may post it!

Enjoyed this post? Please leave a comment below and say thanks to reader Dawson for sharing his experience. Join our NEWSLETTER for weekly updates, and why not send us your own experiences of bating with buddies, your fantasies, or just your opinions on male sexuality? Visit the CONTACT page to share your own story. 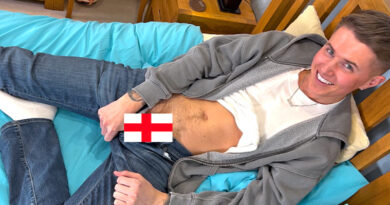 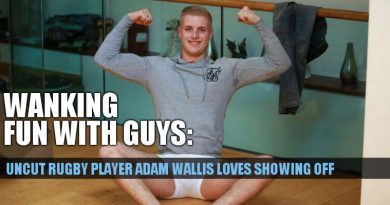 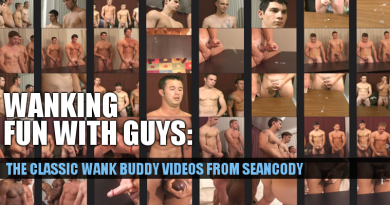 19 thoughts on “Jerked Off with Friends Before College”