Well, I can’t say that I’m entirely surprised by this development and I’d proudly like to suggest that us BuddyBate guys might be significantly responsible for this development.

The London Jack Off Club is one of the longest running events of its kind in the UK, and it’s been going from strength to strength in recent years.

Originally proposed as an occasional party the sold-out wank events soon became a monthly experience at the Bunker Bar on City Road, a stone’s throw from the historic Eagle Pub in the Hoxton area. The gatherings became so popular they had to end walk-up entry and only sell tickets. It’s still the only themed night they host where only ticket holders can gain entry, it’s just THAT popular.

Now that they’re moving to a weekly event, held every Monday between 6pm and 10pm, they’re no doubt going to be attracting even more men to participate and explore the pleasures like-minded bators can share with each other.

Not only is the London Jack Off Club the most popular and successful event of its kind in the UK, it’s also the most diverse. The club attracts guys 18 and up and from all backgrounds. You’ll be jacking it with hairy guys, smooth twinks and personal trainers fresh from the nearest gym. Brickies and footballers mingle with office workers and business owners to get their loads spurting. Married men take a break from their home life to rub one out with a mechanic who’s been edging his inches in his overalls all day.

Due to the nature of the event the LJOC attracts a significant number of straight, bisexual and just easygoing bate lovers who appreciate male company, so rules are strictly adhered to with regard to the activities those in attendance can expect.

It’s hard to know how this event could expand any more than it has, other than offering more than one night per week.

No doubt these events will attract far more men when restrictions on capacity are eventually lifted again, but for now it’s strictly 100 in attendance. I think we all agree that’s plenty of cock for any bator to rub.

Regardless of where the LJOC goes from here there’s one thing we can be certain of… men in every other large city are now wondering why they don’t have a club like this when it’s clearly so in-demand.

Click here to view the events calendar to see if there are any events taking place near you.

You can get tickets for the next London Jack Off Club event by clicking here.

Have you been to the London Jack Off Club? How was it for you? Would you love to have a club like this in your city? Leave a comment below! 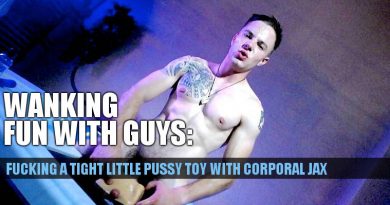 Corporal Jax fucking a toy and pumping his load out 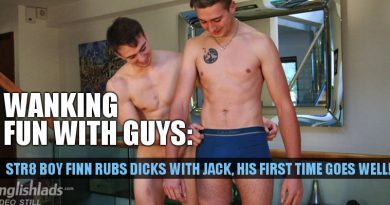 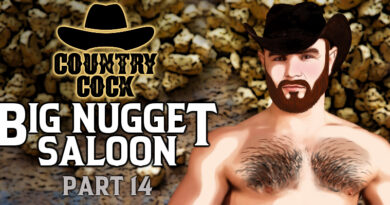 13 thoughts on “The London Jack Off Club goes WEEKLY!”