When 22-year-old straight jock Logan Brown arrived for his very first photo shoot in October last year I knew just from those pics and the confident way he was showing off his 7.5″ uncut erection that we were gonna see him back to rub dicks with one of the other straight guys there.

It was great timing when he arrived because we’d just published the footballer circle jerk story at our Patreon – Wanker FC – and Logan totally made me think of the main character in that new story. He’s a footballer, and you can totally imagine him showing off his cock with his mates in the showers after practice 🙂

He just had that attitude about him. He was a show-off from the first pics, his cock springing up quick, smiling the whole time, and the load he splashed all the way up to his pecs was a good sign that he really enjoyed performing for the cameras.

I wasn’t wrong about him, the following month he was back to splash another big load in an outdoor wank, then we saw him and his buddy Clayton Hughes filming each other shooting off some loads at the beach.

In 2020 he’s met up with several of the other straight lads to wank another cock for the first time, frot dicks together, and even suck each other, too. Needless to say, that first shoot suggested he was gonna be one to watch and he hasn’t let us down. He’s been having so much fun stroking with other guys I am absolutely certain that he’s still enjoying friendly wanks with other guys off set now that he knows how much fun it is.

A lot of you guys have met buddies like him and seen them go from curious wanker to full-on cock frotter and circle jerker, so you know what it’s like and you’re probably not surprised he got so into it once he felt another dick for the first time.

This video is from his debut shoot, and it’s a full show-off from the lad. We get to see his first reactions to being on video and revealing his cock, having a good time and confidently showing off. You can watch this video and wonder if he ever predicted that he’d soon be frotting cocks with other guys and sucking dick with new buddies. I’m guessing he probably knew he’d be down for that and maybe that’s why he was so excited about being there lol

I definitely recommend watching all the videos he’s been in, it’s been great seeing him exploring so much friendly cock play with other lads and I don’t think it’s over for him yet. 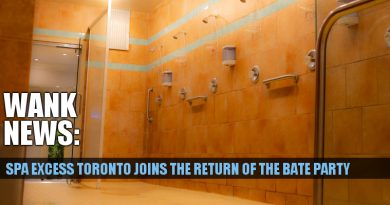 SPA EXCESS in Toronto joins the INTERNATIONAL RETURN OF THE BATE party! 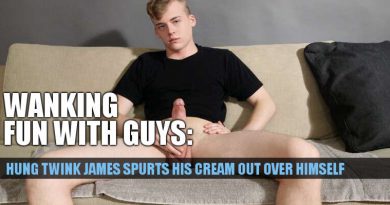 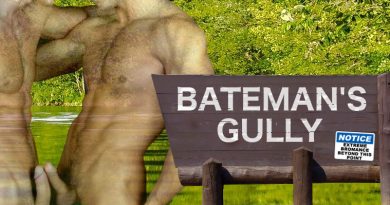 Bateman’s Gully Part 11 – So this is cruising?