Do you remember when 25-year-old gym jock Clayton Hughes first arrived for his debut solo jack off? That was back in October 2019, and I remember at the time of that very first photo shoot it was pretty obvious to me that we would be seeing his 7.5″ uncut cock again.

I think his best mate Logan would be cool with slapping their dicks together and giving each other some rubbing, so I’m hoping that’s who they team up for some friendly wank fun. 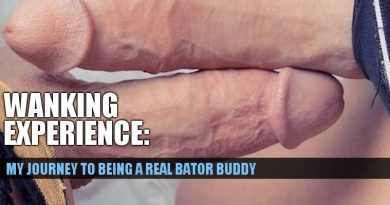 Got back into jacking it with bros, it’s awesome 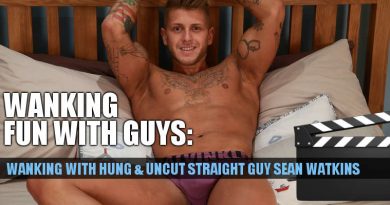 Hung and uncut Sean Watkins wanking one out for the guys 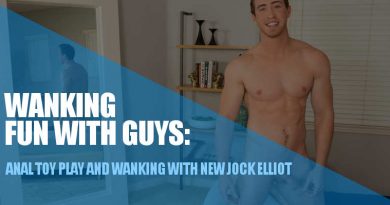