I’ve been working with Stewart for two years. It’s an office job and pretty easy, we just transfer data from one spreadsheet to another, take data dumps from regional offices and give support to other departments, basically. We became good mates early on because I wanted to get back into working out and he’s one of those guys who lives at the gym.

Our wanks started almost exactly a year ago.

Our company has a big office in Japan they knew the whole pandemic thing was going to get worse so they planned things quickly.

If it wasn’t clear already I really enjoy my wanks so rubbing one out at work is a usual thing for me. I used to go and use a cubicle on the top floor because on evenings no one was up there. When things started to change and it was only a few of us in the building they started to limit how many people could be in a room.

I definitely flipped the sign over on the door but I think Stewart assumed someone had forgotten to flip it back. There wasn’t supposed to be anyone else up on that floor. He’d gone to take a piss in the other toilets and found the sign flipped so he came upstairs and walked in and caught me just starting my wank.

This isn’t the first time someone caught me wanking it in the toilets. I’d been caught like that a few times and it’s just one of the perils of being a wanker who likes to stroke it whenever he gets the urge. Most of the time I can hide it and guys either don’t notice or pretend they haven’t seen my stiffy.

If you think I don’t have many barriers with getting my dick out and having a wank Stewart is the kind of man who would tell you all about the fetish party he went to with his girlfriend at the weekend, even if you just met him.

I showed him the video playing on my phone and he move up to the urinal next to me to get a good look at it.

We weren’t really focusing much on the video after I balanced my phone on the top of the urinal and we just started wanking as fast as we could. I looked down to see his pink dick pointing up. His dick is about 6 inches and he gets really hard. I can get hard but his points right up like a rocket. He’s got a strange wank method too. He wanks with his left hand and focuses almost completely on his head, rubbing his helmet between his fingers and using his pre to keep it slippery.

It was good. I never raced like that with anyone before but it was a fun twist on wanking with a mate. To be honest I didn’t even mind much that I had to do both our elevens and leave half an hour late it was just fun to race with another wanker.

Two days later Stewart sent a message to my desk just saying “elevens contest again at nine?” and I said OK. We met up at the toilets and had another wank race but this time I won and he watched me unloading it just seconds before he started splashing it out.

I got to leave early while he did my elevens.

We did it another three times after that and it was always fun. Most of the time it was pretty quick but the last time we seemed to make it last a bit longer while we were talking and playing with our dicks and then we really got into the wank and he won again.

I’m assuming that if we ever get back into the office we might kick it off again and I’m looking forward to it.

It’s always been fun having wanks with mates but the wanks with Stewart remind me of those first wanks with Filip where we could openly watch each other and just enjoy it. Ewan was a lot of fun to wank with but I always got the feeling it was just convenient for him to spurt at work, and I guess it was for me most of the time too but with Filip and Stewart there’s more appreciation for the act itself and sharing it with each other.

It’s a hobby, something fun that all guys do. I don’t think it’s a big deal to enjoy it together. I guess that’s the whole idea about BuddyBate though. Even though I might not be into wanking other cocks or letting other guys wank mine I’ve never done it so maybe I will try it if Stewart wants to or I find another mate who likes wanking as much as I do.

Thanks for reading my long arse story of my experiences. If Brad wants to split this up into separate posts I’m cool with it. Didn’t think it would be this long to be honest!

Now I need to go and have a wank. My girlfriend is visiting her mum so I’ve got another hour before she comes back 🙂

Enjoyed this post? Please leave a comment below and say thanks to reader Luke88 for submitting it. Join our NEWSLETTER for weekly updates and know when a new post like this one arrives, and why not send us your own experiences of bating with buddies, your fantasies, or just your opinions on male sexuality? Visit the CONTACT page to share your own story. 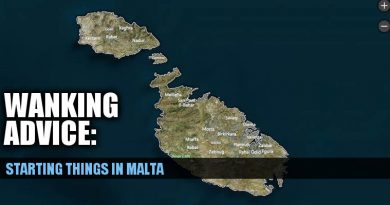 Looking to start a bate group in Malta, Europe 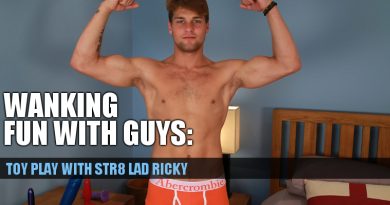 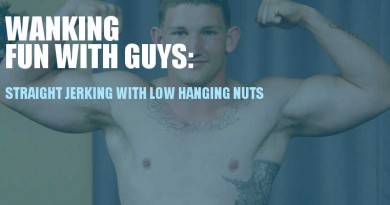 Check out those low hangers on this straight jerker

One thought on “Wank Races”