I’ve picked out some of the best or most interesting examples for you to ponder, but leave a comment if you can think of any others deserving of a mention.

The rock hard dong created by artist Eckart Grenzer and installed in 1984 stands on the northern coast of Germany and is an impressive 10 feet tall. Routinely lapped by the tides it’s intended to represent the relationship between the male (land) and female (sea).

The Romans (and Greeks) had a special love of the penis. Aside from their debauchery when it came to the brothels of Pompeii and the very public decorations leading to them (streets quite literally paved with dicks) they used the symbology of the erect cock to ward off evil and represent status and power.

The Wild Bird Cafe in Gomo-ri, South Korea is keeping ancient traditions alive with their eclectic penis aesthetic. While your old aunt Gretchen might decorate her yard with plaster angels, plastic pelicans and sparkly wind catchers, the custodians of this fascinating phallic wilderness are obsessed with all things dick. And who could blame them?

The Greek island of Delos is famed for its status as the legendary birthplace of Apollo and Artemis. Among its wealth of incredible archaeology stand these two plinths with what remains of two erect penises. They were two of many depictions of proud penis around the temple dedicated to Dionysus. We can only imagine their dimensions and the impressive sight before they suffered such a terrible fate.

The Phra Nang Princess cave on Railay Beach in Thailand is adorned with plenty of colorful offerings, but the most talked about are the thousands of cocks. No one really knows how old the legend is, but the cave has been visited for at least a century, with fishermen and locals paying respects to the mythical princess who is capable of bestowing blessings and safety if you provide an offering and live up to her expectations by protecting nature. So, why all the dicks? Fishermen apparently think about sex a lot, A LOT. Giving her a phallus in return for safety at sea is supposed to bring fertility and luck in romantic relationships.

The Phra Nang Princess cave isn’t the only temple in Thailand in which the penis is prominent. In Bangkok the Chao Mae Tuptim Shrine is dedicated to the goddess Tuptim, adorned with all manner of offerings. Dicks of all sizes and shapes, made from everything from metal to concrete, plastic to bone, can be found left as offerings to the goddess, predominantly by women and men seeking help with fertility. You can even request a monk engrave your offering with a message to make your dick extra powerful.

If temples and random statues aren’t enough for you, there’s always the Kanamara Matsuri, the Japanese Penis Festival. There’s a big history to this festival, but although it started out as a shrine dedicated to Kanayama (you should search for the history if you want to read the legend of a possessed vagina chomping on dicks, seriously lol), it became far more when sex workers began visiting for protection from STDs. It then became a shrine visited by couples wishing for luck in fertility. These days it’s an annual festival where everything cock-related is celebrated, by locals and tourists alike. It’s become an event for the LGBT+ community, too. All proceeds from the sale of various penis related things goes to AIDS research and treatment.

There are potentially thousands of other examples of penis appreciation around the world, throughout history. We haven’t even touched on Bhutan and their adoration of all things phallic in their culture.

It’s fair to say that in comparison to past societies, and even many cultures today, our own Western attitudes toward the penis are prudish in the extreme. While other countries have public statues, temples and even entire festivals dedicated to phallic symbology we put dividers between urinals and censor depictions of genitals in art.

Maybe things will change in the future. I get the feeling everything is somewhat cyclical. 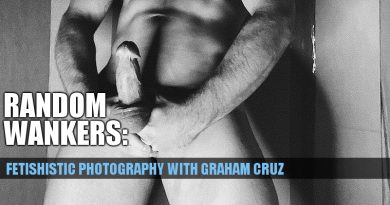 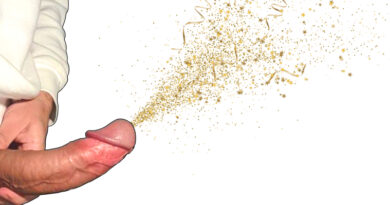 One thought on “A History Of Cock Celebration!”