The only experience I had was with one buddy after graduating college in ’96. Stephen was from France but was studying in the US and we became friends in the final year. After graduation he told me he was visiting a few places, kind of a mini road trip before flying back to France. I couldn’t do the whole trip but I went with him for the first part. We went to visit some friends of his dad who were building a cabin. He wanted to help out there for a week.

I thought his girlfriend was coming with us but she couldn’t make the first part of the trip and the other guys he invited all planned to meet up with him on other stops on his route.

The guy and his wife building the cabin had a camper and we didn’t want to set up our tents too close to them so we went a ways back into the trees and found a clearing.

I knew Stephen well but I was still shocked about how relaxed he was. I guess we just never had the opportunity to hang out like that in college but he was naked straight away at the campsite on the first night and the next morning. After working on the cabin the first day we went to wash in a river down the hill and he was naked the rest of the night. The next morning I woke up and he was still naked while he was making breakfast.

On the second day he asked me if I was embarrassed or uncomfortable because Americans are prudes. He didn’t mean it as an insult it was a joke we had between us. He’d told us all about experiences he’d had and we knew he was “very European” lol

I think I probably was kind of a prude even though I wasn’t shy but I didn’t want him to feel uncomfortable so I stood up and took my shorts off. I think it’s probably because he was so confident and chilled out about everything. It was one of those “when in Rome” moments so I just went with it.

I know everyone admired him. He was like a celebrity on campus. He was real good looking, athletic, artistic, had read all the great novelists, studied sociology and philosophy and could speak Spanish and German. Compared to the rest of us he was like a secret agent. I don’t know how he managed to do everything he did while still partying just as much as the rest of us but he did.

That was how it was for the first couple days. I got used to being naked around him. It was actually practical and a lot of fun. After a day working on the cabin we washed in the river and then left our shorts to dry and they’d be ready for us in the morning. I never had that kind of friendship before but it was nice being able to be naked with each other and it wasn’t weird.

On the third day I woke up early and when I came out of my tent I caught Stephen jacking off. When I say I caught him I didn’t really because he wasn’t hiding it. He was just sitting cross legged outside his tent with a porn magazine open and jacking his cock, staring at a double page spread of a pussy on full display. He said good morning and I said it back. I didn’t know what else to say or do so I walked over to the trees to piss. I thought he might quickly finish up but at the same time I knew he probably wouldn’t care about me seeing him so why would he end it quickly.

While I was there I started getting hard. I hadn’t jacked off since we arrived. I usually jacked off at night but I’d been too tired after all the work. I guess seeing the pussy and him rubbing his cock like that got me worked up enough. I probably stood there for five minutes trying to will my cock to go down but it wasn’t. I didn’t know what to do at first but then I just got angry with myself for being such a pussy about it.

My dick was waving around in front of me when I walked back to the tents and even though I kind of slouched down to try to hide it as I sat down Stephen looked up at me just as I came around my tent so I knew he’d seen it.

I sat there quietly for a few minutes just trying not to look while he turned the pages and jerked his dick. Then he held up the magazine to show me a page and said something about it, a big smile on his face and his long cock still pointing up in his hand while he rubbed it.

My dick was so stiff I had to jack it. I would never have done this with any of my other buddies but I think it was because he was so relaxed about it. It wasn’t strange for him and I guess his attitude about it was contagious.

I followed the magazine as he took it back and I sat on the ground next to him and he laid it out in front of us. It was like he invited me to come and look at it with him even though he didn’t say that. He was still talking about the girls while he turned the pages and we both carried on jacking our cocks.

There was a page of letters to the editor and he started reading those and we laughed about some of the stupid things people said, then we got back into looking at pussy and talking while we jacked off.

This might seem strange to some guys but I know a good looking cock when I see one. Mine is pretty nice, about six inches and pretty thick. I’ve got a big head on it and good size balls too. Stephen’s was longer than mine, slimmer and curved, and he was uncircumcised. His balls were heavy and bright pink. I knew a couple of other uncut guys in college but that was just drunk showing off or in the showers, I never saw them hard so seeing his skin sliding over his pink dick tip was interesting to watch.

I think we did compare a little bit but it wasn’t obvious. We mostly kept to ourselves and just enjoyed the magazine while maybe sneaking a little look at the other’s dick.

As soon as the first shots of semen shot out of his dick my load was shooting off and we both watched our cocks making a big wet mess over the ground next to the fire. It only lasted a few seconds but it was one of the hottest experiences of my life.

Maybe other guys will get it but it was almost like the first time I fucked a girlfriend. It’s that kind of first time memory for me and whenever I think about it I get hard and need to jack off.

After that we both got married, went to each other’s weddings, built businesses and started families. We talk every couple months. We still visit each other every few years but never had the opportunity to relive this fun experience. I think he would like to, or at least he wouldn’t say no to the opportunity, because he’s been open about it in front of our wives.

The first time he mentioned it we were all having dinner and he was showing us photos of what the cabin looks like now and joked about ‘doing more wanking than working’. My wife wanted all the details but his wife just rolled her eyes and said ‘boys are strange creatures’.

So that’s my only experience but it was a very good one and I treasure it. He’s one of the best friends I’ve ever had even though we only knew each other properly for about a year before we went to start our separate lives. I couldn’t have done that with any of my other friends and I haven’t found a friend like that since.

I still don’t know if there really is a cultural difference and American men are just less inclined to enjoy it or whether we’re just better at hiding it. After reading so many other experiences from American men I’m inclined to think we love these experiences and friendships just as much as European men like Stephen but we’re just more timid and prudish about it.

Thanks for reading. I’m glad I could finally contribute my story after reading so many others even if mine isn’t as ‘hands on’ as most.

Enjoyed this post? Please leave a comment below and say thanks to reader BatorCarl for submitting it. Join our NEWSLETTER for weekly updates and know when a new post like this one arrives, and why not send us your own experiences of bating with buddies, your fantasies, or just your opinions on male sexuality? Visit the CONTACT page to share your own story. 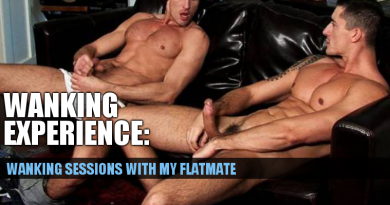 Wanking with my flatmate 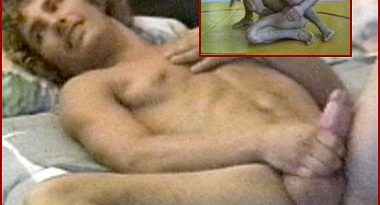 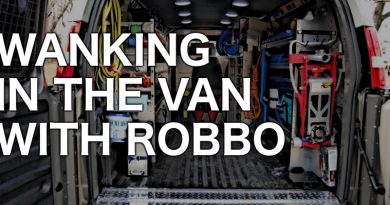 Wanking in the van with Robbo

2 thoughts on “Camping With Stephen”