I have written in about a couple of experiences and have wanted to write more but never seemed to get around to it. I guess like a lot of other people I have a bit more time on my hands at the moment so thought I’d send in a couple that I’ve been thinking about. I was going to a pretty well known cruising area in the middle of Manchester for quite a while, I used to work in the city and was going there quite a lot before I moved – I’m not gonna lie, it did get pretty addictive and there were a couple of guys there that I ended up sharing quite a few wanks with. It was also where I started wanking other guys off, which I never thought would happen and since then things have kind of…escalated shall we say.

Before I moved away I also started going to another well known cruising ground in some wooded parkland outside of the city – you could park up in a car park or venture over a river and into a small wooded area which was more private, the thought of ever doing anything in my car was a bit too risky for me.

I had been going for a couple of months on and off, probably about five or six times and had shared a wank or had a wank every time I’d gone and if anyone gave you any hassle you could just walk away and try again in a different spot. The second time I went I had a great wank with a guy in a little secluded spot, he was about 40, shaved head and dressed in cycling gear – the image of his hard cock through his cycling gear still gets me hard to this day. The first time we met we just wanked each other’s cocks and played with each other’s balls – he had a lovely cock, nice and thick and a good six or seven inches, low hanging balls and a glistening head dripping with precum. We were probably at it for a good ten minutes when I blew my load on his cock and he came in his hand and went our separate ways. I went home and wanked over it in the shower while my girlfriend was watching telly, lol.

I went back a couple of times after that hoping to see him but with no such luck. A few weeks later it was starting to really warm up which always gets my hormones raging so I went by on the way home from work. The warmer it was, the busier this place seemed to be – there were quite a few guys there. I did my usual initial nervous walk around to scope things out, see who was about. I walked down an embankment to an area less people went to and was walking through some bushes when I saw him leaning against his bike with his cock out. We made eye contact so I nervously made my way closer. As I got closer I noticed another guy with him, stood with his back to me – he turned around and also had his cock out, slowly stroking it. He was younger, early twenties, short brown hair and nice arms – neither of them moved so I went in further and walked up to them, my cock getting harder and harder with every step.

I was stood in front of them, they were stood looking at each other, their cocks glistening in the sun. I started stroking the bulge in my shorts when the younger guy grabbed on to my cock and slowly started rubbing it through my shorts. I was looking at the bike guy, his cock looked so fuckin’ nice and I couldn’t wait so I reached out and took it in my hand, stroking his shaft and playing with his bellend. The younger lad undid my shorts and reached his hand in my pants, taking my cock out. He stroked it while he wanked his cocked and I wanked bike lad, with the sun in my face – it felt amazing. My cock was so fuckin’ hard, the feel of his rock hard dick in my hand while I was being wanked was intense. Bike guy lent in and started wanking the other lad, all three of us pressed together stroking each other’s cocks, rubbing our bellends together.

They stopped kissing and the younger lad looked at me as he slowly got down on his knees in front of me, taking my cock in his hand. He played with my bellend and stroked my shaft then took the bike guys cock in his hand as we both moved in closer to each other he took my cock in his mouth. Never did I think I’d ever let a guy suck my cock, it wasn’t on my radar at all but once I’d started wanking other guys and frotting, my mind started opening up more and more. I’d thought about what it would be like, but I’d never really actively gone after it. And here it was, happening right now. His mouth on my cock felt incredible. He gently sucked my bellend, licking every drop of pre there was then took my shaft in his throat while I lent under and played with bike guys balls. He sucked me for a while, slow and deep then took the bike guys meat in his mouth while I watched – seeing them kiss was hot, this was a thousand times hotter.

He took our cocks and rubbed them together, playing with our bellends and sucking our cocks together then taking turns and slapping them hard against his face. I don’t know how long I lasted but I remember saying I was going to cum then shot a huge load on his chest, drenching his shirt followed almost immediately by the bike guy who shot one of the biggest loads I’ve ever seen, on his face, neck and on the ground – it was fuckin’ everywhere. The younger lad shot his load on the ground, we all stood together wiping our cocks clean, gave our thanks then walked off in our separate ways, legs shaking.

It was seriously the hottest experience I’d had, I don’t think I’ve managed to articulate just how insane it was. I have always been slightly curious then after the first few wanks at cubicles and in toilet stalls I really started opening my mind up and that blew it wide open. I definitely consider myself bi, or fluid – let’s just say over the last couple of years I’m becoming more open to different ideas, it’s just sex after all.

I went back there quite a bit before I moved and had a few more hot experiences. I broke up with my missus not long after moving which has actually been a bit of a blessing – it’s allowed me the chance to really experiment and without the guilt. I’ve got a few more experiences that really stand out for me if anyone is interested. I look on here often and love reading people’s stories, keep them coming lads.

Enjoyed this post? Please leave a comment below and say thanks to reader Cameron for submitting it. Join our NEWSLETTER for weekly updates and know when a new post like this one arrives, and why not send us your own experiences of bating with buddies, your fantasies, or just your opinions on male sexuality? Visit the CONTACT page to share your own story. 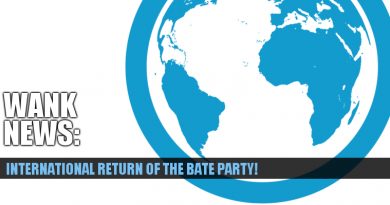 RETURN OF THE BATE – International Party! 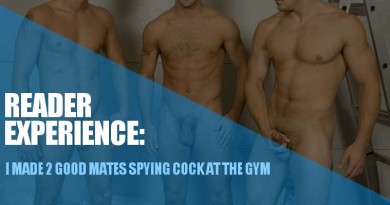 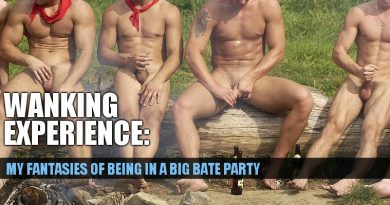 3 thoughts on “First time blown by a bator”