Thanks for the interesting site. I found you on Tumblr after one of my mates shared a post trying to take the piss out of the idea of lads wanking together but I’m thinking he’s probably into it and just doesn’t want to say lol

He doesn’t know me and one of our other mates have been wanking together for a few months.

Me and Terry have known each other for a few years but we started working out together last summer and one Saturday afternoon we were on our way home and he showed me a video on his phone. I thought he was showing me a tube video but it was one he filmed of him fucking his girlfriend.

It was just banter between lads to start with. I was surprised he showed me it but he’s not really shy. I was stiff in seconds and I snatched his phone from him and started looking through it. There were loads of videos of him wanking that he sends his girlfriend and a few of her sucking his cock.

Twenty minutes later we were back at my flat and he was asking me about the movies I watch and he said even though he had a wank at the gym he was probably good for another one now.

He asked if I had some tissues ready.

That was the first time but after that it’s been a regular thing. We always go to the gym Saturday afternoons and now we always finish it with a wank at my place. Sometimes it’s ten minutes other times it’s an hour or longer depending on what we’re watching.

We’re more open about it now. We’ve talked about our cocks and compared, and chatted about how to get a big load or the places we want to wank and the things we want to try.

It’s a lot of fun. Never thought I would have this kind of friendship but it’s cool.

I don’t think we’re gonna be swapping dicks or anything like that but I probably would if he was interested in hand jobs.

Thanks for sending in your experience. If you’ve read any of the other experiences here then you probably know that everything you’ve said here is pretty common. A lot of guys start wanking with other lads because a friend who isn’t shy about their dick gets them into it. There’s nothing wrong with that, it’s just lads being lads.

It’s also pretty common for guys who work out to have the “gym boner” they need to deal with after. A lot of my wank mates are gym-going guys who always have to shoot a load after a good session and a lot of them share it with their gym buddies too. There’s definitely something about being physically active and working up a load while you’re working up a sweat!

It’s all just about the cock enjoyment, either “DIY” or lending a hand, doesn’t matter as long as you’re having fun. We’ve all got dicks, we all love stroking them, so why are so many lads so shy about it when they could just be sharing the experience?

Thanks again for your experience, I hope you have plenty of friendly wanks for many years to come!

Enjoyed this post? Please leave a comment below and say thanks to reader James for submitting it. Join our NEWSLETTER for weekly updates and know when a new post like this one arrives, and why not send us your own experiences of bating with buddies, your fantasies, or just your opinions on male sexuality? Visit the CONTACT page to share your own story. 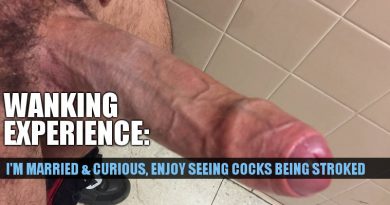 Married but curious and want to stroke dick with a buddy 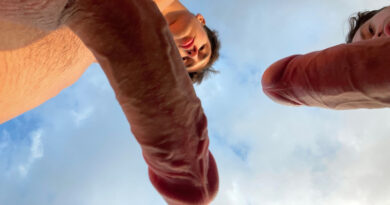 What precautions do you guys take in jacking off with buddies?

Stormy Daniels got me and my mate wanking

4 thoughts on “Wanks with my mate after the gym”