Submitted by Anon in Peterborough

“I’m straight but last week I caught my best mate wanking and it confused me. We’ve been mates for years and I’ve seen him naked loads of times before but this was different. We were getting ready to go out and he was in the shower when I walked in to sort my hair out and he was standing there in the shower with his cock in his fist just going at it. It’s not unusual for us to be going in and out of the bathroom like that when we’re getting ready to go out but I have never seen him hard and wanking it.

Now I’m starting to wonder why he did that. He didn’t stop either just kept on wanking his cock while I pretended nothing was happening. We were talking about meeting up with a mate of ours at the bar the whole time and he was acting like it was nothing.

So yeah that’s what happened with me and my mate and I’m just trying to work it out. Thanks for the blog.”

Anon, you might not even be bi really, it depends how you categorize things. It could just be that your mate gets off on exhibitionism, or maybe he just doesn’t have any problem about you seeing him wanking? Some guys have no boundaries when it comes to their cock and their mates and it doesn’t necessarily mean he wanted you to respond in any way, he might have just not thought it was a big deal for you to see him like that.

the tl;dr answer – don’t worry about what this “makes you”, it doesn’t change anything, you can enjoy these things without them defining your sexuality or relationships and conforming to an imagined path no one is there to inflict on you. Most of all, life is too short, have fun. 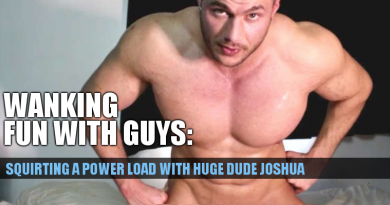 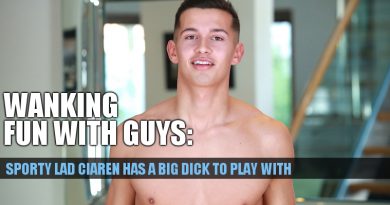